Several years ago I began a project to scan, cleanse and catalog slides of photography that my grandfather has taken during his adventures. Most of the photos were of Greece, the family there, and our old village. Timings have been difficult to pin down but I have thus far been able to work out that the photos range from 1960 – 1970. I’ve been able to account for several destinations on these travels, but these slides from Rome I cannot place.

The best estimate I have for a time frame on the Rome slides would be the late 1950s or early 1960s; I believe they were taken on a trip that included my father and aunt. I base a lot of this on where the slides existed in the projector wheel, but many had been moved around over the years so I cannot confirm an exact date yet.

With or without a precise date these slides give us some glimpses into how Rome has aged in the last 50-60 years. And that’s what I love about the “Then & Now” series that I run on the blog and our Facebook page – the glimpse into a past. For a few moments while I stare at these photos I am transported to Rome in the 1960s.

And no single photo does a better job of depicting it than the first one I’ve included for St Peter’s Square. The car, the fashion, and the overall feel transport me to another place and another time. It’s why I’m so passionate about this blog series for Then & Now. I find it remarkable that I can walk the same cobblestones as my grandfather and photograph the same sites, but with a very different eye for detail.

From his collection I was able to dig out photos of Rome featuring both St Peter’s Square and the Colosseum.

At the time I took my photos in St Peter’s Square I had no knowledge that my grandfather had also been there; Italy was not on the list of places I thought he had traveled. Therefore I didn’t get a chance to try and recreate a similar image. What I do love is that we focused on very different aspects of the square in our photography, and obviously there have been some changes over time – for example when I visited it was highly pedestrianized and that is obviously not the case in his photo. 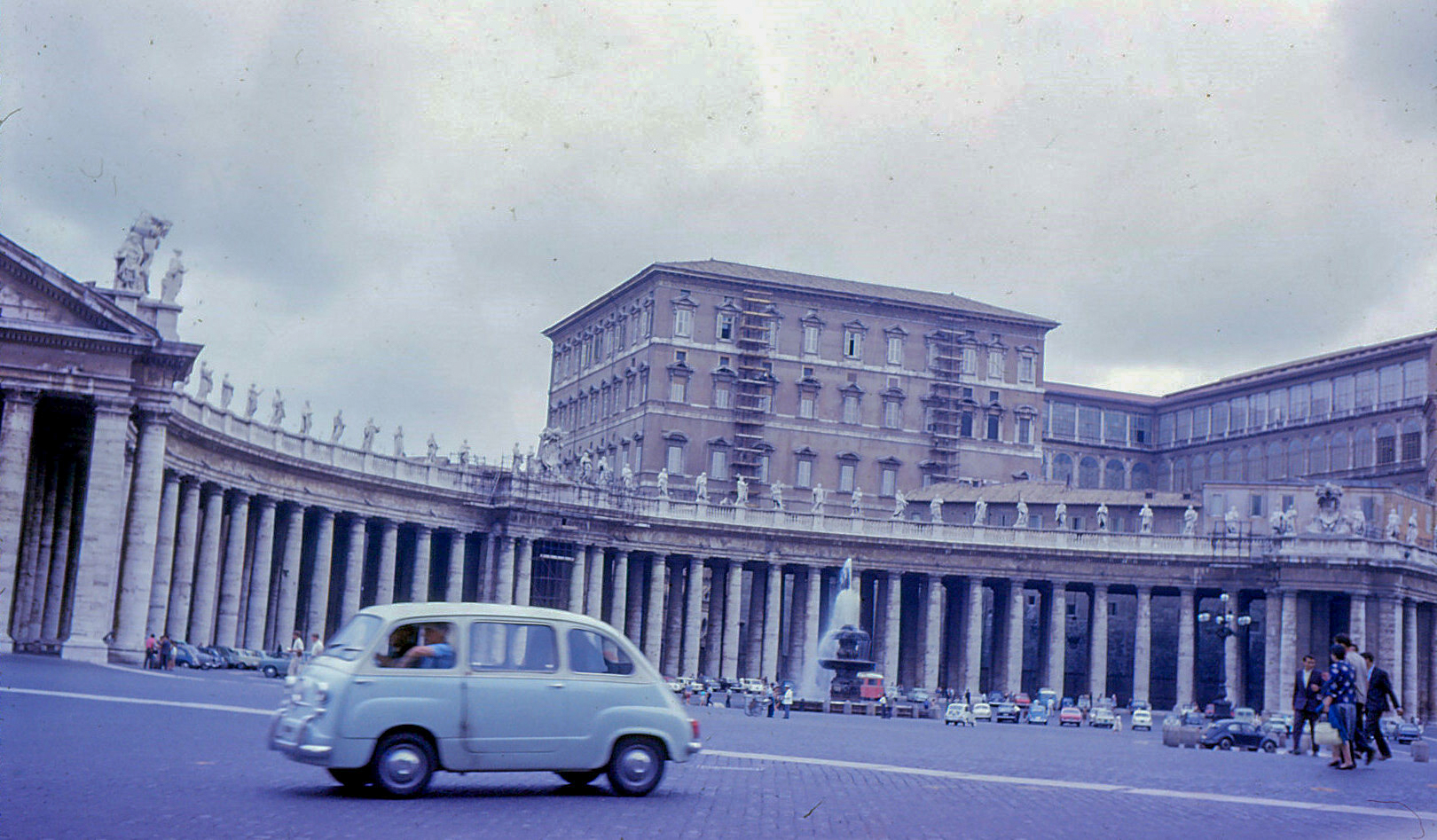 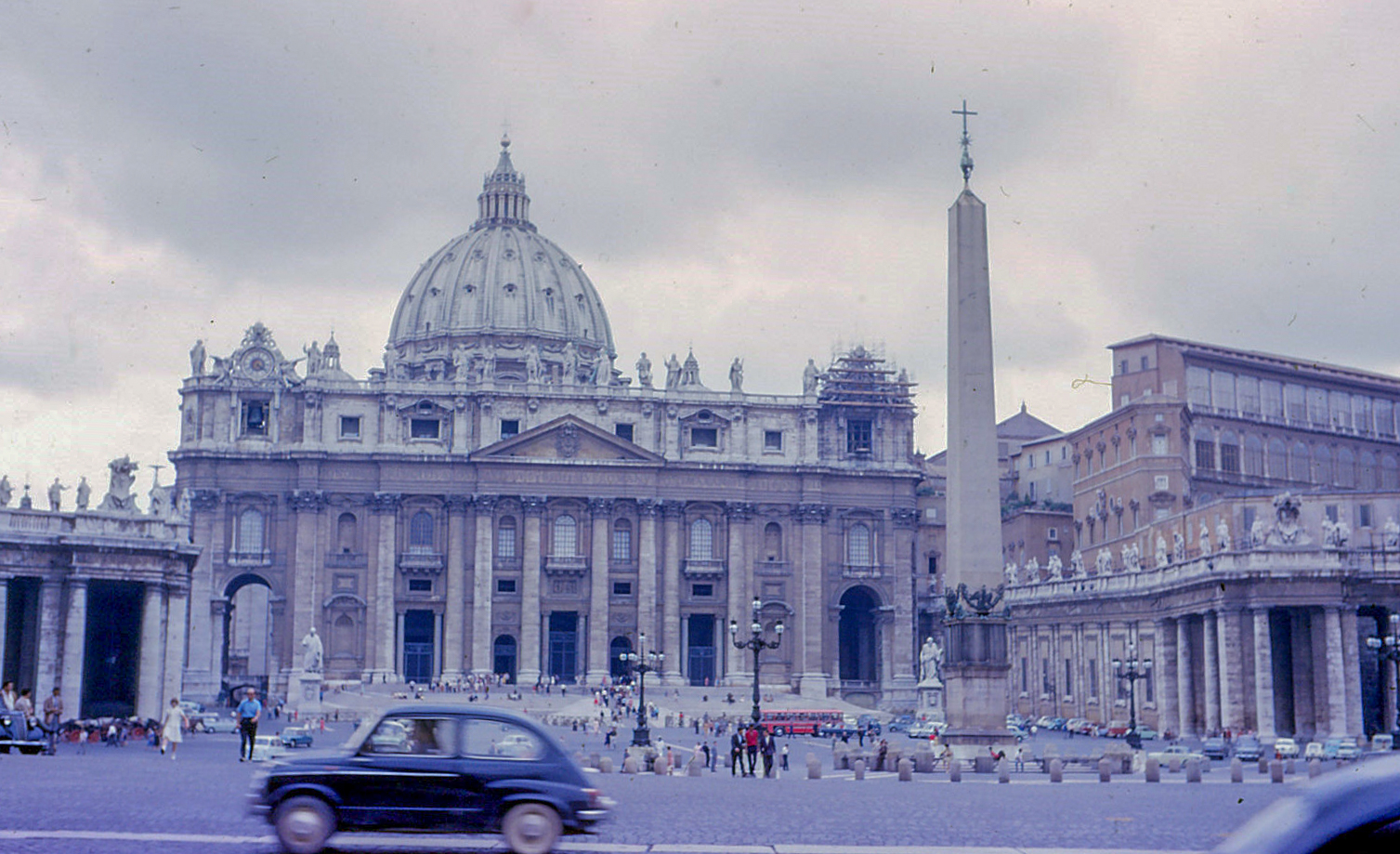 Another matching photo that I had not planned to take. My grandfather and I had similar styles, it seems, when photographing famous landmarks. Built in 70-80 AD and considered to be one of the modern 7 Wonders of the World, you would think that the Colosseum wouldn’t have changed much between the 1960s and 2019. And yet.. there are small changes, or perhaps we’ve photographed different sides of the building, but I’ll let you decide. 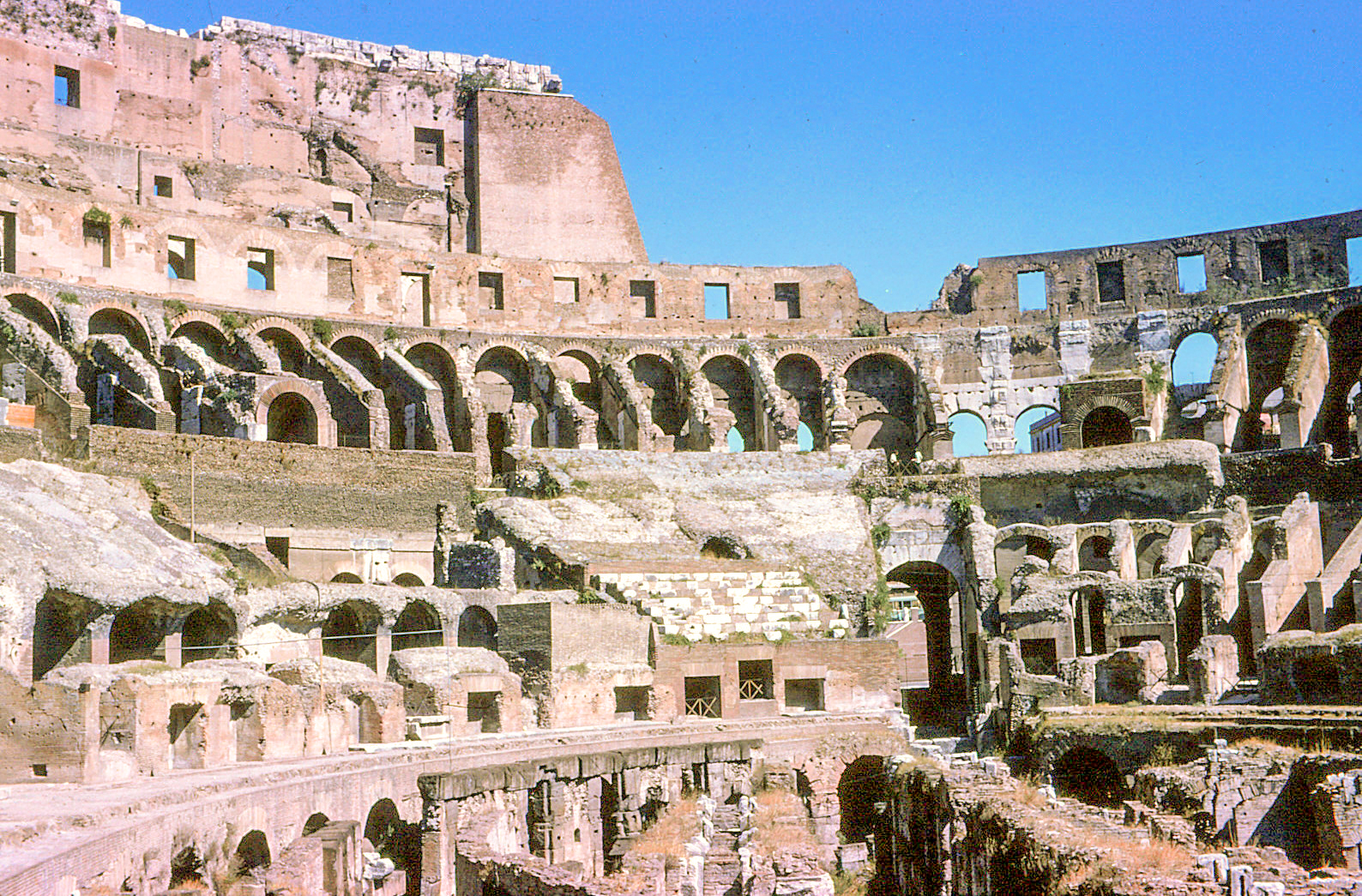 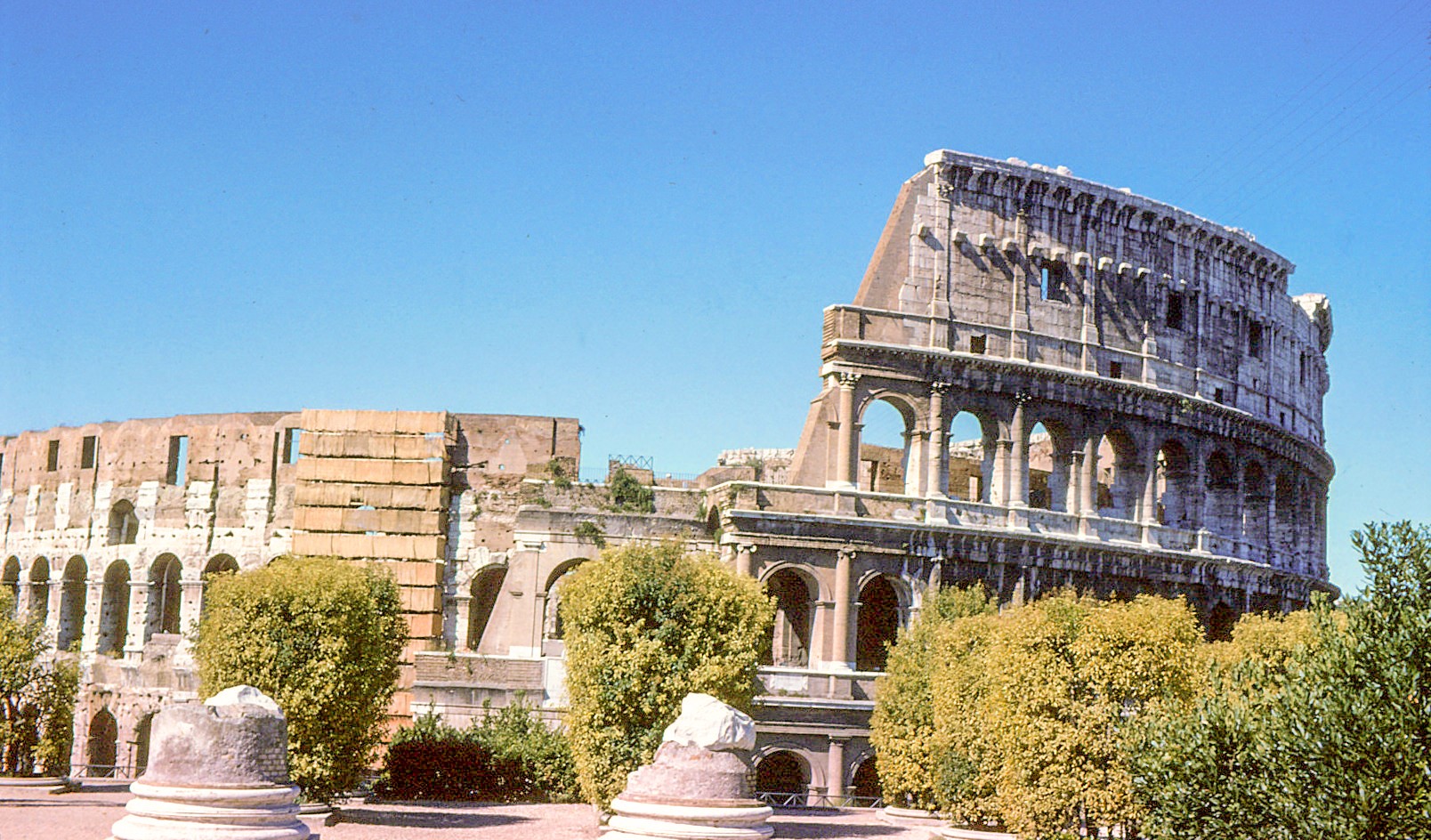 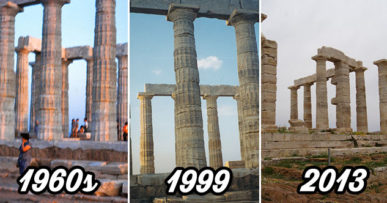 Then & Now: Temple of Poseidon in Sounion, Greece 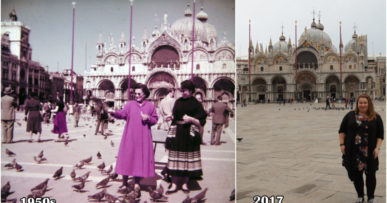 / Free WordPress Plugins and WordPress Themes by Silicon Themes. Join us right now!
We use cookies to ensure that we give you the best experience on our website. If you continue to use this site we will assume that you are happy with it.OkNo